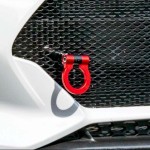 10 First Steps For A DIY Sleeper (And 10 Mods That Are Always Mistakes)By Michael Van RunkleUpdated 2 hours agoBuilding a sleeper car is an art form. It’s easy to fall into the trap of fitting something that looks cool, but is an immediate giveaway.Cover photo Honda Odyssey minivan fastest sleeper van wagonyoutube.comThe heights of automotive technology always arrives in sports cars first. Historically, that new doodad that increases power while improving efficiency always hits Formula 1 first, then NASCAR, and then it filters its way down to the world’s premier sports car brands. And soon enough, wealthy celebs will be parading their newest world-beating hypercar in tabloid magazines and on social media while the rest of the universe is left thinking, “Yah, well at least my Camry gets 33 MPG.” But wouldn’t it be nice to pull up next to Floyd Mayweather behind the wheel of an old, beat-up commuter and the moment the lights turns green, knock him out with one blip of the throttle? Talk about revenge on behalf of Pacquiao. And so, while the world’s wealthiest gearheads enjoy their Bugattis, Ferraris, and Lamborghinis, the regular folk are left dreaming of the concept known as the ‘sleeper’ in response.

Source: 10 First Steps For A DIY Sleeper (And 10 Mods That Are Always Mistakes)

You and Your EV Deserve Safer Tires for Icy Weather

Kia’s Latest Recall Is So Huge, It Includes Nearly Everything But the Hamsters

Price Gougers: The New Car Brands Being Marked Up the Most